The 380-acre Beaver Creek Wildlife Area contains one of the most unique wetland complexes found in southwestern Ohio. The general topography of the area is flat to moderately rolling and is located in the Till Plains Eco-Region of Ohio. The Beaver Creek wetland corridor is thought to be related to the old Teays River system that existed prior to the glaciers. The area can be easily reached from Interstate 675 or State Route 35.

The Beaver Creek Wildlife Area consists of a mosaic of wetland types, including shrub swamp, wet meadow, and wooded riparian corridor. The remaining upland areas off of New Germany-Trebein Road have been converted to prairie. The 50-acre freshwater fen is located off of Fairgrounds Road and can be viewed from the boardwalk and observation tower.

The Siebenthaler Fen complex is very popular with bird watchers, nature enthusiasts, and school groups, as its unique habitat is a great place to listen for frogs and toads or see migrating birds in the spring and fall. The boardwalk (handicap accessible) and observation tower are great places to observe unusual wildflowers, such as Canada burnet and queen-of-the-prairie. The information kiosk on the boardwalk is an excellent place to rest and learn more about the wetlands at Beaver Creek Wildlife Area.

A total of 79 species of breeding birds use Beaver Creek Wildlife Area. The most common species include the common yellowthroat, willow flycatcher, yellow warbler, and red-winged blackbird. Breeding bird species that use this area and are identified as being endangered, threatened, and of special interest, include the least bittern, sedge wren, and the Virginia and sora rail. The area is also an important stopover habitat for migrating songbirds, shorebirds, and waterfowl.

Beaver, once extirpated from the area have returned and established a small colony. Other resident furbearers include the red fox, muskrat, mink, raccoon, opossum, and coyote.

Reptiles with a “special interest” status, such as the spotted turtle and state endangered massasauga rattlesnake, are known to breed on the area.

Rare and unique plant communities, like the Siebenthaler Fen, harbor endangered and threatened plant species such as the blue-leaved willow, tuberous Indian plantain, and over 300 species of plants. 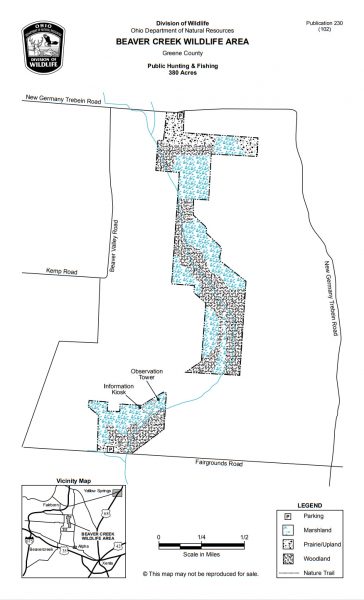 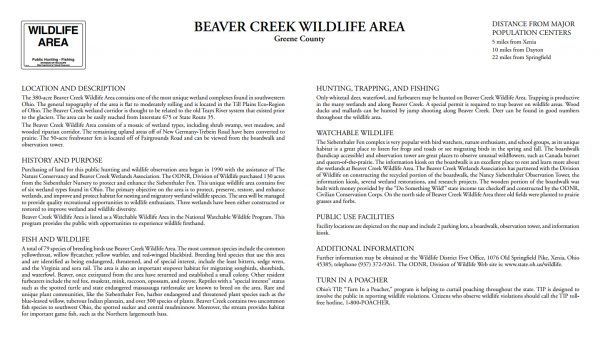 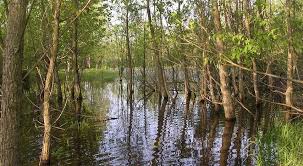 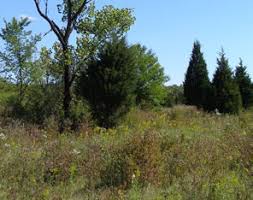 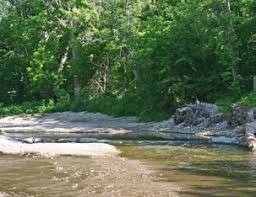 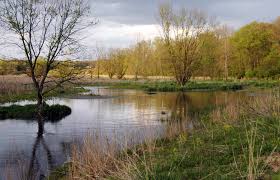