Grand Lake St. Marys State Park is a public recreation area located on 13,500-acre Grand Lake in Mercer and Auglaize counties, Ohio. Grand Lake is the largest inland lake in Ohio in terms of area, but is very shallow, with an average depth of only 5–7 feet.

Originally constructed as a feeder reservoir for the Miami-Erie Canal, Grand Lake St. Marys was for many years recognized as the largest man-made reservoir in the world. The large lake is the gateway to swimming, boating, camping and fishing in one of Ohio's oldest state parks.

Natural Features:
Perfect for bird enthusiasts, Grand Lake St. Marys lies along one of the country's major migration routes. Many birds use the lake as a resting stop and nesting area, including Canada geese, ducks, grebes, swans, egrets, loons, herons, cormorants and ospreys. Bald eagles, magnificent birds long absent from the area, have begun nesting on the southwest corner of the lake at the wildlife refuge. Other animals of the park include fox, squirrel, mink, raccoon, beaver, coyote, white-tailed deer and many others. 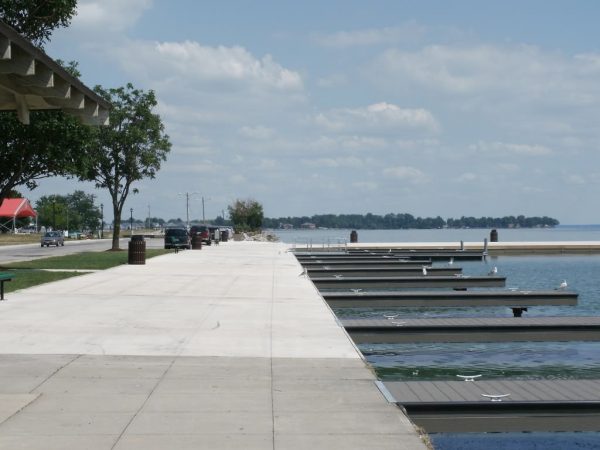 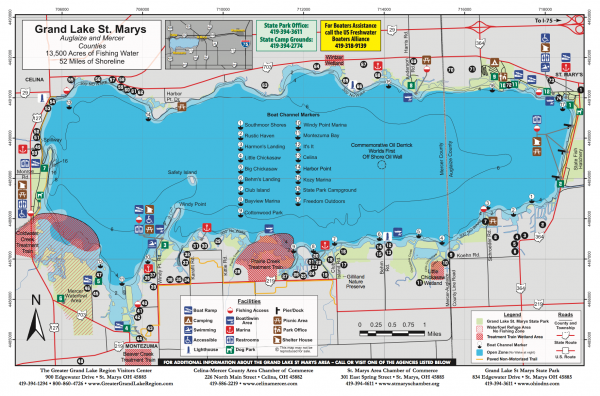 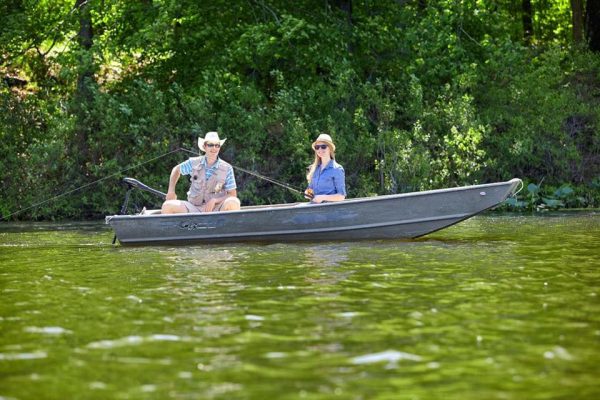 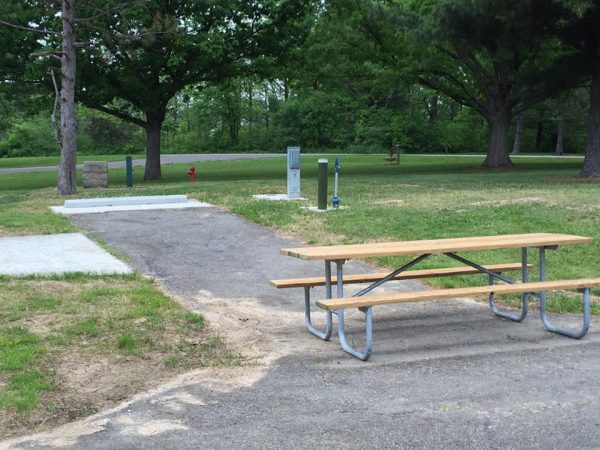 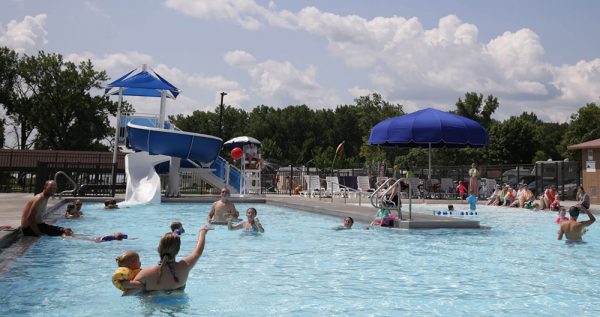 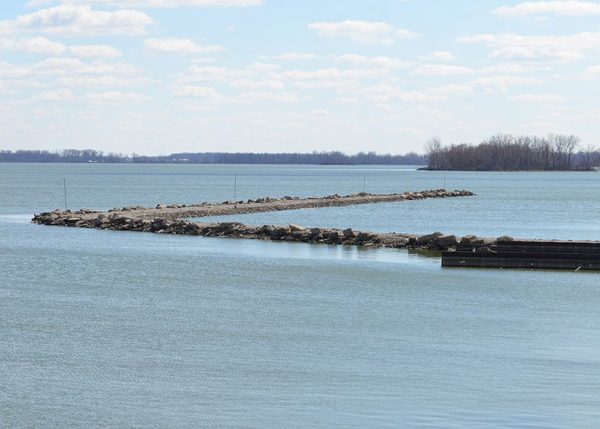